The problem with your "no problem" problem

NPR has been annoying and depressing me, lately, with its lowest-common-denominator approach to language watching. The new standards editor, Mark Memmott, kicked off the peevefest -- NPR's "Grammar Hall of Shame" -- a month ago, with a post about mixing up I and me (and, yes, an invitation to share your well-worn peeves once again). Now comes a post on the NPR blog, under "culture," that repeats the same old complaints about responding to "Thanks" with "No problem."

Hoping to detour NPR off this well-trodden low road, I've been tweeting them earlier articles on "no problem," including mine from 2007 and Ben Zimmer's (which quotes and links to Erin McKean's). In case those aren't enough to demonstrate that this horse is, if not yet dead, at least thoroughly beaten, I'm also posting my first effort on the subject. (It appeared in the Boston Globe way back in October 1997, and is thus behind the paywall.)

I know: Peevers gonna peeve, as long as they can get a few amens from the flock. But here's the truth: You don't like "no problem" because it's newish (only 40 or 50 years old). So you roll it around your brain thinking up ways to construe it as dismissive, inadequate, brusque. Pretty soon you're accusing some (probably) young person -- one who did something deserving of your thanks -- of being insufficiently appreciative of your gratitude. I don't think "no problem" is usually rude, but recasting it as an insult? Definitely rude.

When it comes to everyday pleasantries, it doesn't take much to turn us unpleasant.

"That's not what I asked him!" complains the hostess whose offer of a drink is refused with, "I'm fine."

"Who is she to tell me to have a nice day?" grumbles the shopper irritated by a cashier's sendoff.

And "No problem," to some thankers, sounds like a grudging substitute for "You're welcome," even though such deprecating responses -- de rien, de nada, nichevo, it's nothing -- are common around the world.

The real problem with no problem and other linguistic innovations is not what they say, though. After all, nobody minds being bidden good morning, no matter how bad the day's news or weather (though the occasional joker will play on the gap between convention and reality by responding, "What's good about it?"). No, it's the very novelty of the wording that irritates. It forces our attention on phrases that should be seamless conventions, slipping by unnoticed as they oil the hinges of daily discourse. 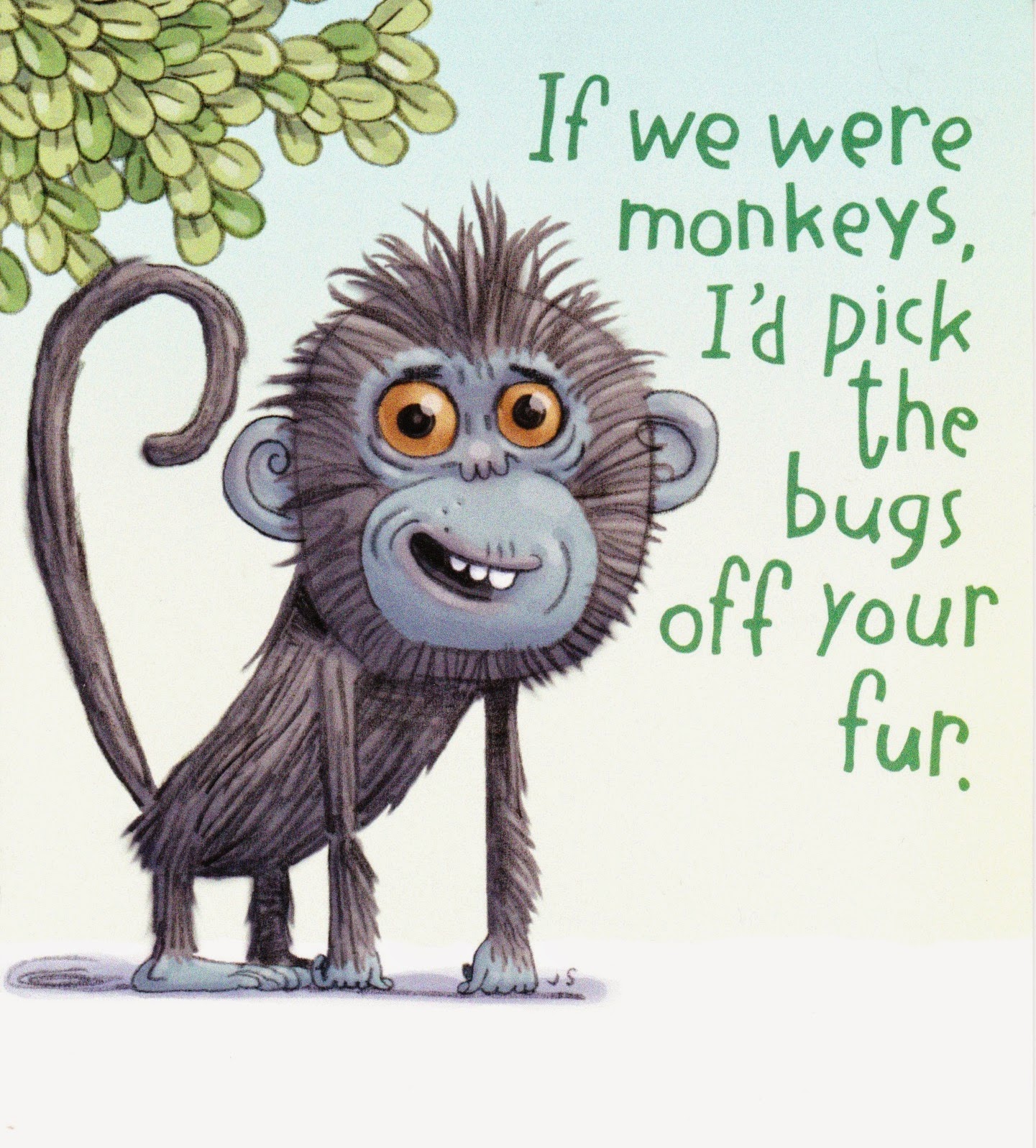 One reason may be that such ritual words are not quite language, but something more like a verbal gesture. In his new book, "Grooming, Gossip, and the Evolution of Language," British psychologist Robin Dunbar proposes that speech evolved as a substitute for contact: Its purpose is not conveying facts -- "there's a herd of bison down by the lake" -- but extending the reach of the grooming behavior that cements relationships in other primate societies.

By using conversation, instead of stroking and louse-picking, to demonstrate friendship and seal alliances, says Dunbar, humans gained a survival advantage. We don't have to spend hours of each day in physical contact with other members of our tribes, but can "groom at a distance," nurturing relationships via conversation while we travel, hunt (or shop) for food, lay bricks, nurse babies.

Dunbar's hypothesis offers comfort to anyone who has ever felt guilty for gossiping instead of turning the talk to global warming or transportation policy. Some two-thirds of all conversations, he says, are about other people, not abstract issues -- a reflection of the basic biological purpose of speech. His theory also suggests why an unexpected response to a conventional greeting might upset you: Like a sudden pinch from a grooming partner, it startles instead of soothes -- just rubs you the wrong way, so to speak.

There's evidence for this view in contemporary advice columns, too, which are filled with tales of relationships wrecked by untimely displays of verbal originality. In stressful situations -- bereavement, pregnancy, divorce -- the human animal seems especially prone to misunderstandings, which is why Miss Manners and her allies urge us to rely on standard-issue comments, the verbal equivalent of "there, there," at such times.

In other eras and places, of course, the rules were far more explicit. The discussion of "U" (for upper-class) and "non-U" language habits in the book "Noblesse Oblige," edited by Nancy Mitford, created a sensation in the '50s, as readers on both sides of the Atlantic studied the subtle clues (say house, not home; vegetables, not greens) by which class would tell.

Pleased to meet you, the only greeting addressed in the essay that inspired the book, "is a very frequent non-U response to the greeting How d'you do?" Professor Alan S. C. Ross declares. "U-speakers normally just repeat the greeting; to reply to the greeting (e.g. with Quite well, thank you) is non-U."

In our big, babbling democracy, it's not so simple. That kid who says "No problem!" may be contentedly non-U -- or just hipper than thou. (In any case, we should be getting over our no problem problem by now. William Safire, the New York Times' word maven, reported in 1974 that no problem was already being bandied about in the USSR.)

As for those other irritating phrases, patience is recommended. They will either fade away, or become as natural as 'Morning and 'Night. In the meantime, take care, and have a nice day.
Posted by Jan at 2:14 PM 5 comments: