No harm, no foul?

"Hoo boy, did I goof," Ben Yagoda writes in his post about mistakes at Lingua Franca. His gaffe was so horrible that he won't disclose it, he says, or even link to it. Of course, it's easy enough to find, and it's not nearly as embarrassing as he seems to think. It appeared in a recent essay on commas for the New York Times's online edition, where Yagoda wrote:


The New Yorker has always been scrupulous, bordering on fetishistic, about commas, in large part because of its founder Harold Ross’s mania for precision and clarity. E.B. White, who was subject to the magazine’s editing for more than five centuries, remarked in a Paris Review interview, “Commas in The New Yorker fall with the precision of knives in a circus act, outlining the victim.”

Of course he meant five decades, not centuries. But as I see it, this is the most benign kind of mistake a writer can make. Nobody can be misled by it; nobody is insulted by it; it's immediately clear that it's just a slip of the brain, a momentary processing error.


Now, it could be that I'm soft on Yagoda's error because I've done the same thing. In a 2005 column for the Boston Globe, on when we call a dead person "the late," I wrote this:

Those are exceptions to the general practice; the late, most of the time, means "recently deceased," as it has for 500 years. The problem is that in all those millennia, nobody has managed to fix the limits of "recently."

Millennia? Uh-uh. A reader alerted me to the problem, two days after the  piece appeared; I ran a correction the following week, and that was that. Yagoda's goof -- which, unlike mine, was online only and thus entirely correctable -- also seems to have gone unnoticed for two days, until it was fixed and a correction was appended to the story. At that point, some Twitterer nominated it (implausibly) for "funniest newspaper correction ever," and a couple of desperate bloggers piled on. Meanwhile, not one of the many commenters on Yagoda's piece had mentioned the problem.


(And let me note, speaking as an editor, that in both our cases editors also read right past the errors. Yagoda's "centuries" and my "millennia" weren't the right words, but they were close enough to the expected nouns that they faked out the professionals.)


My conclusion: If you make a mistake like this, be glad it's a huge, glaring mistake -- not a subtle error that will sit like an unexploded shell in the archives, and not one of the common little transgressions that will rouse the peeving hordes. Keep your stupid simple, and the only possible comment will be "Oops."
Posted by Jan at 6:30 PM 7 comments:

The desk whom he was selling

Recently I was proofreading a friend's manuscript -- one in which elephants loom large -- when I noticed that Microsoft Word didn't like her habit of using who and whom to refer to the animals. These were elephants with names, though, and lots of publications allow who and whom for individual named animals. I wondered what the Word rule was, so I clicked on the wavy line.

Of course, I wasn't surprised to find the oft-misinformed Word telling us to restrict the use of that to nonhuman referents. (It's a myth that people can't be that, but it's one that many have embraced in our psychobabbling era, claiming that that is "dehumanizing.")

The usage examples, on the other hand, were a hilarious surprise. Here's the grammar checker's entry:

Instead of: She bought the desk, whom he was selling.

Consider: She bought the desk, which he was selling.

Instead of: They saw the play who got good reviews.

Consider: They saw the play that got good reviews.

Could this be the honest effort of a non-native speaker, or is it evidence of a sly sense of humor lurking behind the grammar checker's sober exterior? And are there other entries with equally subversive usage "explanations"? That would be the best surprise of all.
Posted by Jan at 3:11 PM 12 comments:

They f--- you up, those stylebook rules

Philip Larkin’s “Complete Poems” in the New York Times today, and she tries to quote one of the funniest and most famous of them. But it's the Times, so of course she can't print the bad word in the poem. She can't even use the first letter -- such hints are "offensive or coy." The rule is that "an article should not seem to be saying, 'Look, I want to use this word, but they won't let me.' Generally that principle rules out telltale strings of hyphens or dashes."
But paraphrases are "sparingly" allowed, and one is allowed here:

They mess you up, "your mum and dad./They may not mean to, but they do./They fill you with the faults they had/And add some extra, just for you."

I'm not sure this actually passes the no-coy-hints test; it's pretty clear that the first half-line must include a taboo word, and the verb is the obvious candidate. If I were the writer, I think I'd have pleaded to use the rarely permitted [expletive] instead -- or, more likely, just skipped the attempt entirely, given that butchery was a foregone conclusion.

A few language tidbits from the past week’s peregrinations:

1. H.W. Fowler demonstrates that he’s OK with using the pronoun that (rather than who/whom) to refer to a person:


It is the second-rate writers, those intent on expressing themselves prettily rather than on conveying their meaning clearly, & still more those whose notions of style are based on a few misleading rules of thumb, that are chiefly open to the allurement of elegant variation.

(From Modern English Usage, 1926; thanks to Ben Yagoda, who quotes the passage in today's post on elegant variation. Fowler doesn’t have a separate entry on the who/that question; the peeve hadn’t yet been invented.)

2. Audiences at a broadcast of the National Theatre's "She Stoops to Conquer" last week were reminded that locutions like “to Janie and I” are not the innovations of a grammar-challenged new generation. We all know Shakespeare wrote "betweeen you and I," but I hadn't heard this one, from the first scene of Oliver Goldsmith’s 1773 play. Mrs. Hardcastle says to her son, as he heads off to the pub:


Tony, where are you going, my charmer? Won't you give papa and I a little of your company, lovey?

(For much more on the history and behavior of "nominative coordinate objects," see Arnold Zwicky’s comments and bibliographies at his blog. Also, the video of  “She Stoops” will be repeated April 18 at the Coolidge Corner Theatre in Brookline, Mass.)


3. Etymology -- it's child's play! Anyone can invent an etymological story that someone will believe. I was reminded of this when, in researching hoodlum, I learned that some people still subscribe to the fanciful tale that

hoodlum was the accidental coinage of a newspaper reporter. In a story about a gang of ruffians led by a fellow named Muldoon, the reporter spelled the name as Noodlum to avoid reprisals. The newspaper's compositor misinterpreted the name as Hoodlum.

But I had even better proof at hand. Last weekend, my preschooler grandson asked why strawberries were called "straw" berries, and we told him nobody knew for sure. A bit later, when the aforementioned berries were served, he was ready with his own theory. "I know why they’re called strawberries,” he told us. “I think straw is the way you say 'seeds' in French."
(No, he doesn’t know French. You don’t need knowledge to invent etymologies, just a lively imagination.)
Posted by Jan at 10:14 PM 8 comments: 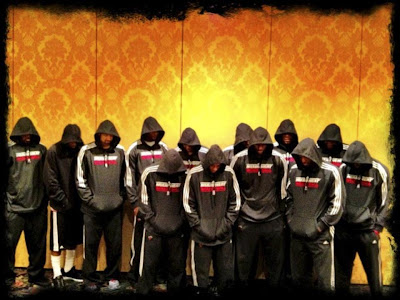