I'll wager it's an eggcorn


Wager the pros and cons of any situation before you decide to take part.

I've only heard that expression as "weigh the pros and cons," "weigh your options," and so forth. But practically every day I learn that half the English-speaking world accepts a usage I've never heard, so I went to look for Google hits. There were only 104 (real) hits, many of them duplicates, and many from Eugenia Last forecasts (not always credited). Here's a recent one, from Sept. 15, 2012:


Don't jump at the first offer that comes your way. Wager the pros and cons of any decision you must make.


You will wager the pros and cons of any situation before you decide to jump in.

A sampling from the non-astrological cites:


One must wager the pros and cons of this feature. If this feature is of no importance then weight will be an issue.*

Thanks, I am getting more used to it as time goes by I guess I will have to wager the pros and cons.

"Wager the pros and cons" is a plausible enough eggcorn, it seems to me; instead of weighing the options, the metaphor involves making a mental bet on one's choice. But the usage doesn't seem to be spreading, even after 15 years of national exposure. ("Wager the options," which would be a natural extension of the idiom, gets only three Google hits.)  I don't know what the stars predict, but I doubt there's a bright future for this language innovation.

*Maybe this commenter used "wager the pros and cons" to avoid the echo of weigh/weight?

Update 10/20/12: Arnold Zwicky replies to my question about whether "wager the pros and cons" qualifies as an eggcorn.
Posted by Jan at 6:13 PM 7 comments:

Michael Lewis's disclosure that he gave the White House "quote approval" for his new book on Obama has reignited the debate about the ethics of the practice. At Language Log, Mark Liberman weighs in, reminding us of the central fact that ought to be driving the discussion (but isn't):


Most direct quotes in newspaper or magazine articles are approximate at best, representing a writer's reconstruction from fragmentary notes and from memory of what he or she thinks the source meant to say, as excerpted and adapted to the needs of the story. There's a spectrum of approximation, from accurate paraphrase though muddled and confused paraphrase to outright fabrication; but accurate quotation is the exception, not the rule. [Emphasis mine.]

Mark has amply documented this sorry fact in earlier posts at Language Log (which he links to). But of course, many of us know it from experience. Here's Ann Blackerby, commenting on a post at the New York Times in which the new public editor addresses the question:


30 years ago, as a pediatric resident, I was called by a reporter from a respected daily paper to add to a story on ... a near-drowning case in which I'd been involved. The quotations published were made up out of whole cloth, but I was still rebuked by the director of the residency program. I wish I'd had veto power over my quotations then!

Even David Carr, the Times journalist whose column yesterday denounced the granting of quote approval, seems concerned mainly with political and business sources -- those most likely to be in adversarial relationships with reporters. When that's not the case -- in science reporting, say -- is quote approval a problem, or just free expert advice?

I'm wondering, too, how Carr handles quotes in the real world. In an interview today on NPR's "Morning Edition," he described the traditional rules of journalistic engagement this way:


You ask them a question, they answer it, you write it down as carefully as you can, and should it be useful, you stick it in the newspaper.

"As carefully as you can," as Mark Liberman's work reveals, is often nowhere near carefully enough.

Damned if I could stop negating ...

Ben Yagoda has a post at Lingua Franca responding to a reader who bristles at the phrase “one of the only.” He defends it as an idiom that we don't parse logically, like "can't help but think" and "could care less," but have no trouble understanding.

That's not good enough for truly devoted nitpickers, who continue to patiently explain that "I could care less" is a monstrous inversion of meaning. But the fact is, we accept flaws in logic much larger than this when we're engaged in reading or listening, rather than proofreading or peeving.

I was reminded of this by a story last month in the New York Times Magazine, in which Sarah Hepola described her struggles as an editor of confessional writing. Hepola wrote that she found herself "excising the grimmest parts of personal essays, torn between my desire to protect the human being and my knowledge that such unforgettable detail would boost a story’s click-through rate." Then came a paragraph with a couple of little speed bumps:


"This feels a little unprocessed," I told writers who shared their tales of date rape and eating disorders, but it was hard to deny that the internal chaos, that fog of confusion, could make for compelling reading, like dispatches from inside a siege. Yet "unprocessed" was exactly what [Cat] Marnell’s pieces were, and damned if I couldn’t stop devouring them.

That last clause is where I paused: "damned if I couldn’t stop devouring them.” The usual way to say what she means is "damned if I could stop,” which translates as “I couldn’t.” The idiom involves swearing to the truth of your report: In full, it's something like  “I’ll be damned (as a liar) if I (say I) could stop.” That is: "I couldn’t stop."
And that's not the only misnegation. Both sentences in Hepola's paragraph say the same thing, in essence: Personal train wreck tales are both repellent and riveting. But for some reason the word that connects them is "Yet," as if the second sentence somehow qualified or contradicted the first, when it actually supports it; taking out the "yet" is a clear improvement. (Did an editor insert it, I wonder?)
But I'm not surprised that the wording passed unnoticed. By this point, a reader knows what Hepola's intending to say, and the "literal" reading would make no sense. As Mark Liberman and other Language Loggers have shown repeatedly, "our poor old monkey brains are not quite evolved enough" to handle such complexity; most of the time, we just take in the message we were meant to receive and ignore the logical glitches.
I’m not arguing that "getting the meaning across" is all that matters; if I thought that, I wouldn’t have become an editor. But monkey minds or not, we're smart enough to understand "one of the only people to have played in the NBA and for a major-league baseball team." Anyone interested in improving the language could easily find bigger fish to fry. 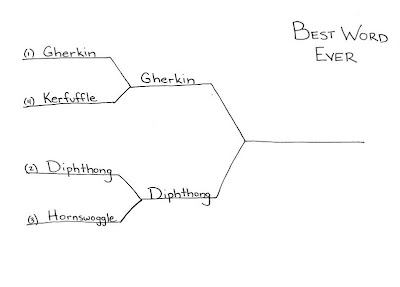